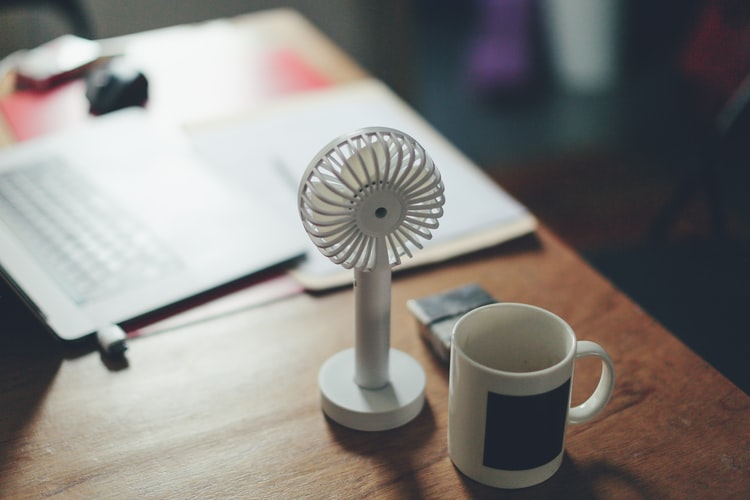 We’ve all heard a desktop or laptop at some point that strained to run multiple programs at once. They can emit loud whirring noises and heat up to the point where they are hot to the touch. A laptop can become unbearable to use when it’s too hot to sit it on your lap. You can still buy laptop cooling pads and external fans to help reduce the heat of old tech. When we say old tech, we are referring to the combination of fans and hard disk drives that have been used in computers for over 50 years. While they are a proven, effective way to store data and help a computer function, a newer drive is about to push out the old competition. The solid-state drive has been diligently working to overtake the hard disk drive in durability and quiet functioning.

A hard disk drive is made of moving parts. One or more magnetic disks rotate while an actuating arm with magnetic heads reads and records data on the disks. As a result of these moving parts, heat is created from friction and the energy being drawn. Just like the radiator fans in your car help keep your radiator cool, the fan within a computer helps keep the hard disk drive cool and running within normal temperatures. This is a safe way of storing your data and has helped power computers since their conception.

Fanless computers have no need for a fan to keep themselves cool because they pull less power and create much less heat than the traditional version. This is because fanless computers are built with solid-state drives. SSDs perform the same function as an HDD, but in a totally different method. SSDs use integrated circuits and semiconductors that record data using electrical currents. There are no moving parts to produce friction, which causes heat, and they use less energy to run. With a solid-state drive, computer manufacturers like  EWC Technologies are able to create fanless computers that are silent and produce no annoying whining, whirring, and humming noises. No moving mechanical parts also means that fanless computers made with SSDs are more durable and resistant to damage when jostled and dropped.

Benefits and Applications of Fanless Computers

In addition to being more durable, silent, and running at cooler temperatures, fanless computers offer other benefits that put them ahead of their predecessors. As stated earlier, SSDs function on an electrical current which is much faster than the moving parts of the HDD. This means a fanless computer can more easily  run games, stream movies, and process multiple applications at once. SSDs are also smaller and weigh less than HDDs, making them ideal for use in newer, more powerful, compact computers like the NUC (Next Unit of Computing) powered by Intel. Power, durability, and small size make the NUC perfect for individuals who travel with their computers or for businesses with fleet vehicles, complicated integrated machinery, security surveillance, digital signage and more.

With solid-state drives steadily becoming more affordable and able to store more data, it’s easy to see that the combined benefits of SSD and fanless computers are the future of technology. Visit  EWC Technologies’s website today to view their entire line of NUCs. Discover the benefits of fanless computers and contact us for a free, no-obligation two-week demo.